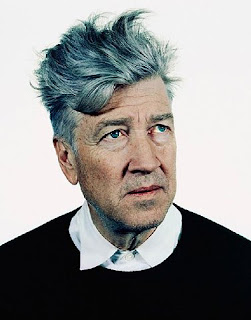 
Spoilers for the following films:
Twin Peaks (everything but who killed Laura)
Eraserhead
Mulholland Drive
Blue Velvet
Wild at Heart
Paris is Burning
The Elephant Man
Lost Highway
Twin Peaks: Fire Walk With Me
The Undertaker and His Pals
Inland Empire

Corrections: The definition of homosocial is "of or relating to social interaction between members of the same sex, typically men." The photo source search engine is called TinEye. The Dana Carvey special that the "judicial system" quote comes from is called Critic's Choice. Destiny accidentally said "Chad Morgan" when she actually meant Chad Michaels. Also disregard that thing she said about the book version of Wild At Heart

A Fucking Book:
Catching the Big Fish by David Lynch

Thanks to Matt of the No Name Movie Blog, we found out it's a gif from Sonic Youth's video for "Death Valley 69!" Thanks, Matt!