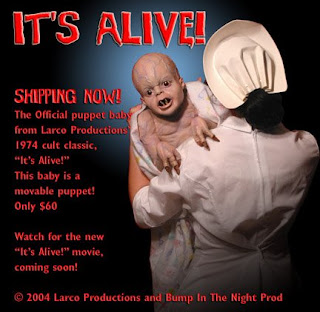 This week, we're getting real spooky as we kick off horror month! Rhea talks robot bees, takes back last week's Terminator feelings, and discusses the fine manga of CLAMP. Destiny watches a horror film every day, questions the death of cinema, and is attacked by animals in her sleep. We also discuss pop culture-related fears from childhood, including mirrors, Are You Afraid of the Dark?, and a particular spooky vhs tape.

Corrections: The Hills Have Eyes (1977) was not the follow-up to Last House on the Left. The Nolan Strong tribute album is called Daddy Rockin' Strong. Robert Shaw played Quint in Jaws. The Masters of Horror episode featuring sound is called "Sounds Like" and was directed by Brad Anderson.