Episode 42: The Dream of Sergio Leone 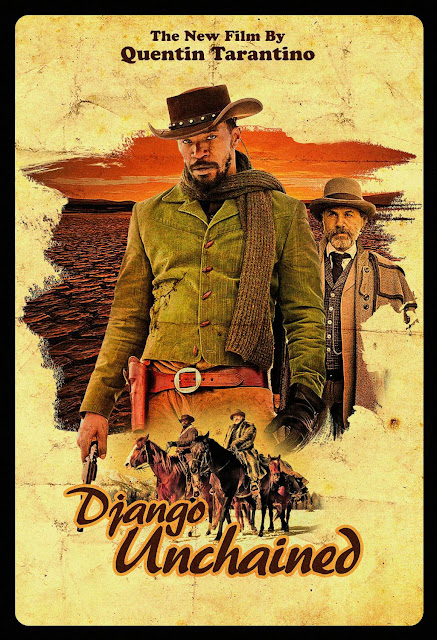 This week, Rhea and Destiny talk about the films of Quentin Tarantino, including the amazing DJANGO UNCHAINED! They rank their favorites, discuss how his work touches them on a personal level, and how overall, he's a righteous dude. We also discuss webcomics, Class of 1984, and Rhea brings back Comic Book Corner! WARNING: There are all sorts of spoilers for Django and Tarantino's other work, so LISTEN AT YOUR OWN RISK, HOMIE.

Spoiler Alerts for the Following:
Django Unchained SPECIFICALLY FROM 33:00 to 57:00. And then a tiny spoiler again at the 1h30 to 1hr32 mark.
Pulp Fiction
Death Proof
Planet Terror
In Bruges
Bad Girls Go to Hell
Jackie Brown
Inglourious Basterds
both Kill Bill films
I Spit on Your Grave

Corrections: Brave New World was adapted into a tv movie in 1998.  Perry King was the lead actor in Class of 1984.