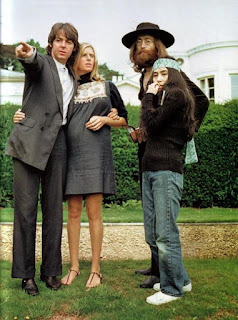 This week, we discuss falling out of love with certain movies, directors, and television shows. There's lots of talk about Tim Burton, Heroes, the Beatles, and Robert Downey, Jr. We also introduce a new segment, "Corner Me, Chris [Evans]!"

Corrections: There is no Madonna album called Borderline. You should read the RDJ story linked at the bottom, because we may have gotten a few little details wrong. Tobey Maguire is 36, Leo DiCaprio is 37. Both Matrix Reloaded and Matrix Revolutions came out in 2003. Logan Lerman plays Charlie in The Perks of Being a Wallflower film. It wasn't Peaches Geldof who had a walkman, it was Pixie Geldof and she had a discman. Destiny quotes a random AV Club comment when she says Ricky Fitts "brings the art and drugs to the neighborhood" in American Beauty, and she has no idea who it was. Wes Bentley's character in Hunger Games is named Seneca Crane. A Beautiful Mind won the Best Picture Oscar the year after Gladiator. Drop Dead Gorgeous came out in 1999 and also featured Ellen Barkin and Denise Richards. Destiny was 13 in 1999, not 15.

Relevant Links
Carly Rae Jepsen sings a cute version of "Call Me Maybe" with the Roots and Jimmy Fallon
Makeup and Vanity Set (bandcamp)
Death, "Keep on Knocking"
Paul McCartney, "Ram On"
Paul McCartney's Ram album (the whole thing!)
Richard Dawson, "Apples and Oranges"
The AV Club, "Falling out of love hard"
The AV Club, "Falling out of love with the Flaming Lips"
Chris Evan's ass, tho
Nude for Satan trailer
John Carter trailer
Matt Marko's John Carter review
The Perks of Being a Wallflower trailer
Why should grown women be ashamed of holding onto their adolescent passions? (AV Club)
His Name is Robert Downey Jr. by Dana Reinhardt
Superman be wearin' them jeans
Bound trailer
I'm Ilene Chaiken parody
6 Movies Based on a True Story (That are Also Full of Shit)
This is where Destiny got all that info about A Beautiful Mind's John Nash
Drop Dead Gorgeous trailer
Bring it On trailer
Kyle MacLachlan's SNL sketches can be found here.

Fucking Books:
The Perks of Being a Wallflower by Stephen Chbosky
The Twilight Saga by Stephanie Meyer
Posted by Destiny at 7:15 PM